The Val Fiorentina is an ideal destination for those who seek tranquility, contact with nature and great emotions. The central position of the valley is absolutely strategic to the most fascinating hiking and biking tours in the Dolomites. Our hotel is just a few kilometers away from Cortina d’Ampezzo, Marmolada and the major passes, such as Giau, Fedaia, Staulanza and Falzarego. Brand-new sport facilities will also give you the opportunity to play tennis, soccer, hockey, volleyball, basketball and climbing. www.valfiorentina.it/index.php/it/estate/ 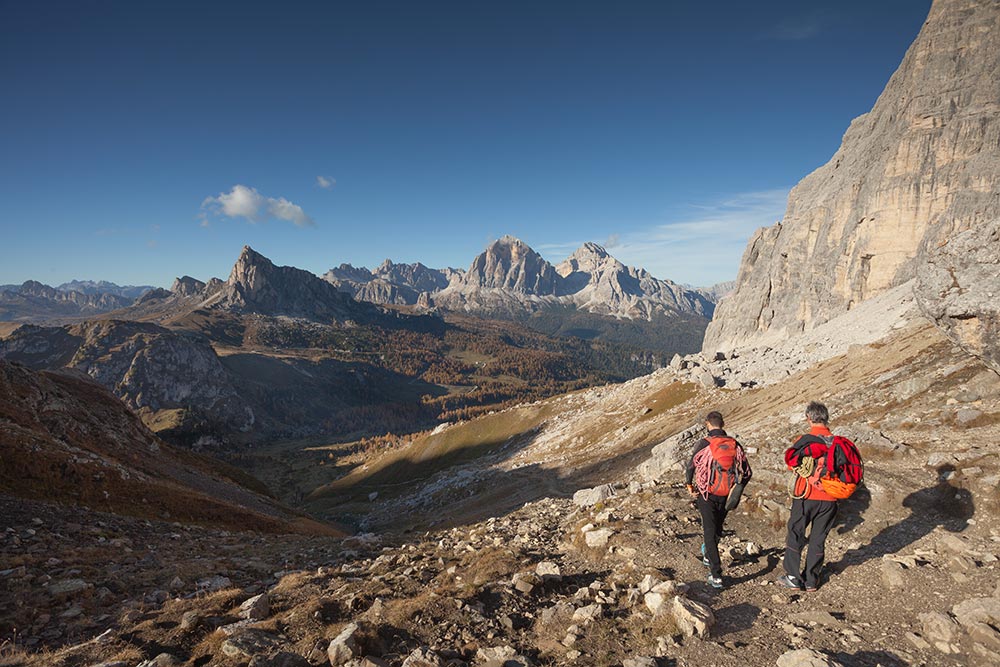 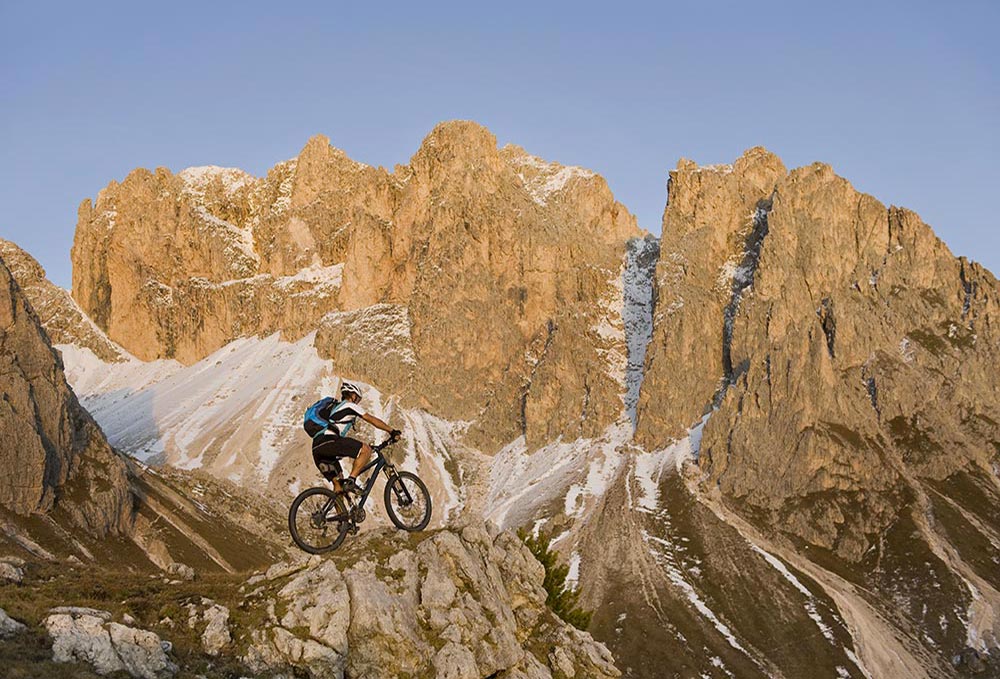 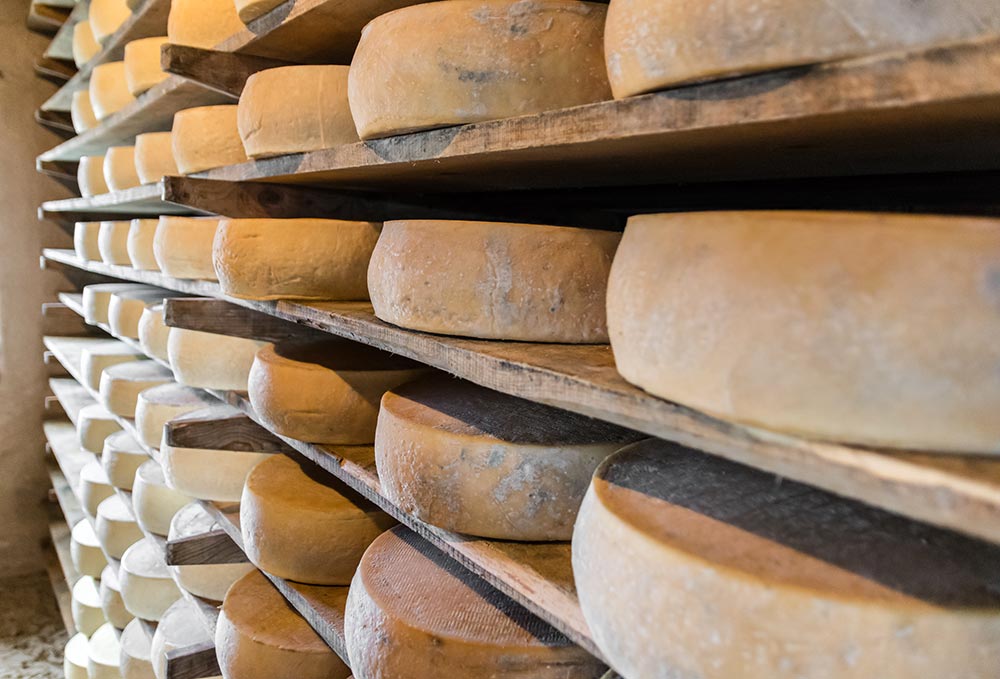 Those who love skiing and snowboarding could not find a better place to stay: the hotel Orso Grigio is just in front of the ski slopes! The Val Fiorentina is part of the Civetta Ski Resort, which is one of the main skiing areas of the Dolomites. Twenty-three lifts and 80 km of slopes for skiers of all levels link the three valleys of Alleghe (Val Cordevole), Selva di Cadore (Val Fiorentina) and Val di Zoldo. All the area is always covered with snow and taken care off, in accordance with the high quality standards of the Dolomiti Superski circuit. Ski-lifts are just in front of the hotel. Once you have reached the peak Fertazza, just stop a while to enjoy the breathtaking view on the mountain sceneries: Pelmo, Civetta, Marmolada, Antelao, Sella will stun you with their magnificent beauty. Our guests can also enjoy a night-skiing session on 5 km of slopes in Val di Zoldo thanks to a modern lighting system. 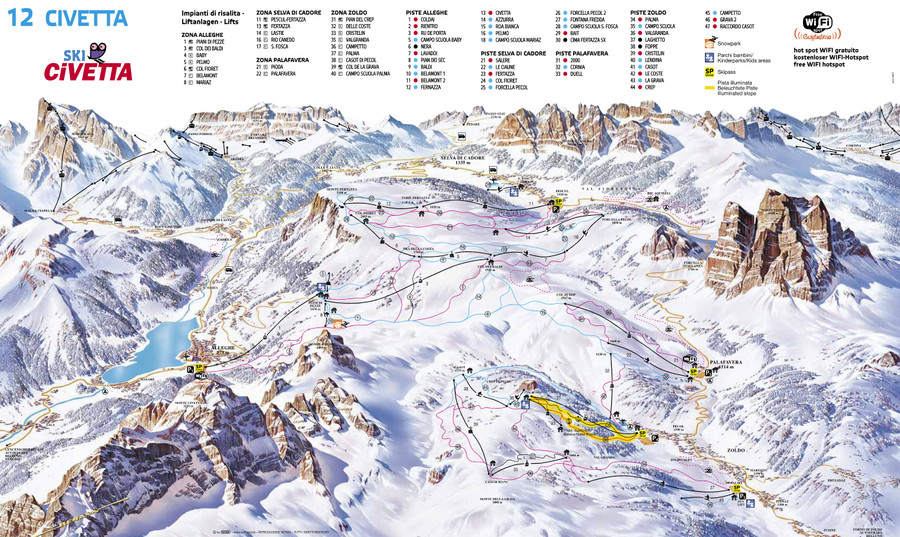 In one of the harshest winters of the last century, between 1916 and 1917, the Dolomites were the battle ground for the First World War, which is reputed to have been the most anomalous conflict ever fought by man. From the spring of 1915 to the fall of 1917 elements of the Austrian Kaiserjäger and German Alpenkorps on one side and the Italian Alpini troops on the other, engaged in a battle at high altitudes, in extreme weather conditions and surroundings, while undergoing tremendous hardships due to the difficulty in providing fresh supplies to such areas.

The Great War ski tour retraces the dolomitic front and turns around Col di Lana, the hill of blood, symbol of the First World War, going through the most spectacular view of our Dolomites. The route is for medium-level skiers, adults and children. Travel time is around 6 hours, including all transfers.

The tour can be done in both clockwise and anticlockwise direction. Starting from the Val Fiorentina, the alternatives are: get on the chairlift in Pescul and arrive to Alleghe, where you can take a skibus to Malga Ciapela and then follow the ski runs to Arabba, Corvara, san Cassiano, Lagazuoi, Cinque Torri and Fedare, finally reaching the hotel by skibus. The anticlockwise alternative, on the contrary, will take you to the Fedare via skibus, and then you will continue toward Pass Falzarego, lagazuoi, Armentarola, Corvara, Arabba, Malaga Ciapela, Alleghe and Pescul.

The Marmolada ski area relies on modern ski lifts, which allow the visitor to quickly and easily reach an altitude of more than 3000m, and fully enjoy the majestic view on the Dolomites from the panoramic terrace of Punta Rocca. http://www.dolomitisuperski.com/it/zona-sciistica/marmolada

Just a few kilometers far from the hotel you can have fun on the beautiful slopes in Cortina d’Ampezzo and Marmolada, respectively known as “Pearl of the Dolomites” and “Queen of the Dolomites”. A 15 minutes drive will take you to the amazing ski area of Cinque Torri/Lagazuoi, where you will ski among stunning rocks and peaks, while only 20 minutes away from the hotel there is the Marmolada, the highest mountain of the Dolomites, with an altitude of 3.342m http://www.dolomitisuperski.com/it/zona-sciistica/cortina

Those who love cross-country skiing in Val Fiorentina will find a lovely centre composed of 4 circuits, totally immersed in the silence of the nature, with a breathtaking view on the north side of the so-called “Caregon”, the Mount Pelmo.

Among the numerous attractions to stay in contact with nature, one can’t forget the trips with skishoes and the ski touring. These centuries-old sports have recently become extremely popular again thanks to innovative materials and equipment, that make it easier to walk, climb and ski on the fresh snow. The Val Fiorentina, thanks to the conformation of the surrounding mountains, is a perfect spot for those who want to ski tour and ski mountaineer. You will find numerous routes on different level of difficulty, therefore suitable for both experts and beginners.